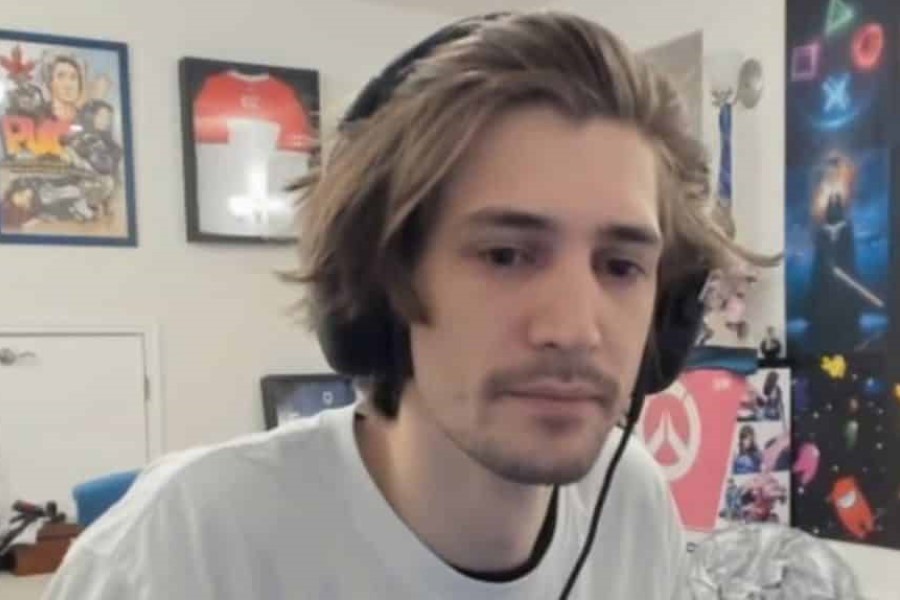 Despite the low-effort appearance of his setup, where he streams for countless hours every day, xQx is Twitch’s most-watched streamer. In fact, xQc’s setup requires so little effort that he only cleans it once in a while.

Most of the world’s top streamers spend a significant amount of time and effort perfecting their setup, which includes green screens, lighting, several cameras, and props to make the background more interesting. Streamers frequently set up their Christmas trees, especially during the holiday season.

Felix ‘xQc’ Lengyel, on the other hand, has long mocked the lengths to which certain streamers would go, most notably in his ‘six consoles’ rant, in which he mocks how much time and money streamers spend on their streaming room. He keeps it simple because he doesn’t want it to feel like work.

However, xQc’s setup is remarkable in other ways, most notably how absolutely dirty it becomes when he neglects to clean it up.

Because he spends so much of his time streaming, he frequently eats and drinks while on live, which can result in a lot of dirty dishes and trash. Even if you don’t see it, all Lengyel has to do is turn his camera around to gross out his viewers.

Fellow streamer and his partner Adept instructed him to clean the room during his recent stream and in response to this, xQc stated; “it’s not even that bad.” He then gave his tens of thousands of viewers a look behind the curtain, it came as no surprise to long-time viewers to see the amount of trash that had piled up.

xQc’s desk, floor, and even under the bed were littered with empty Coke cans, as well as countless bags, food containers, and other drinks.

This isn’t the first time xQc has revealed his state of things; in July, he went viral for a similar mess. We can only hope that none of the current mess from the clip from six months ago is still present. Although it appears that it has no effect on his ability to stream, viewers were inevitably disgusted, with chatters saying things like “that sh*t is radioactive” and “I can’t even imagine the smell.”