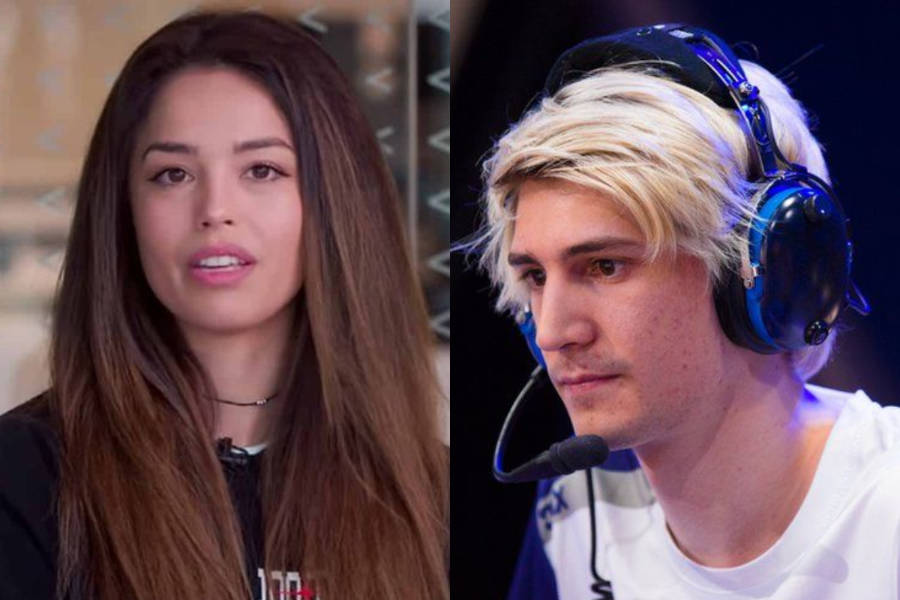 Twitch streamer xQc has recently made an unfortunate joke regarding RLFCT, since Valkyrae joined the conversation at that very moment.

Twitch streamers Sykkuno, xQc, Fuslie and Valkyrae were scheduled to play Super Mario Party together during a recent stream. The group was on the lookout for a fourth member to join them. Charles “MoistCr1TiKaL” White Jr. was meant to watch, but he ended up playing Super Mario Party with another group. xQc noticed a message from Valkyrae saying she would be willing to play as the three tried to find a fourth player.

Sykkuno was overjoyed to hear the news, but she had not expected her to join. He clarified, “She had a headache earlier because she was wearing blue contacts.”

When xQc heard what he said, he softly murmured “oh,” and his viewers began spamming the chat with laughing emotes as he continued to say: “Of all colors huh? So is that like, some sort of new line of product?”

Because of this, Fuslie nervously said “Oh” into the microphone after hearing what he said. Unfortunately for xQc, Valkyrae had joined the voice call right before he made the joke, echoing the awkward “Oh” made by Fuslie.

The other streamers in the call had moved on from the topic, but xQc remained speechless. In the meantime, his conversation had completely devolved into laughter at his statements.

xQc isn’t the only streamer to make light of the RFLCT predicament. Both Mizkif and Ludwig have made light-hearted jokes at Valkyrae, though the two appear to be good friends.

After wearing a pair of blue lenses on broadcast, Valkyrae made a joke about RFLCT. She appears to have moved on from the controversy and is now streaming on a regular basis.