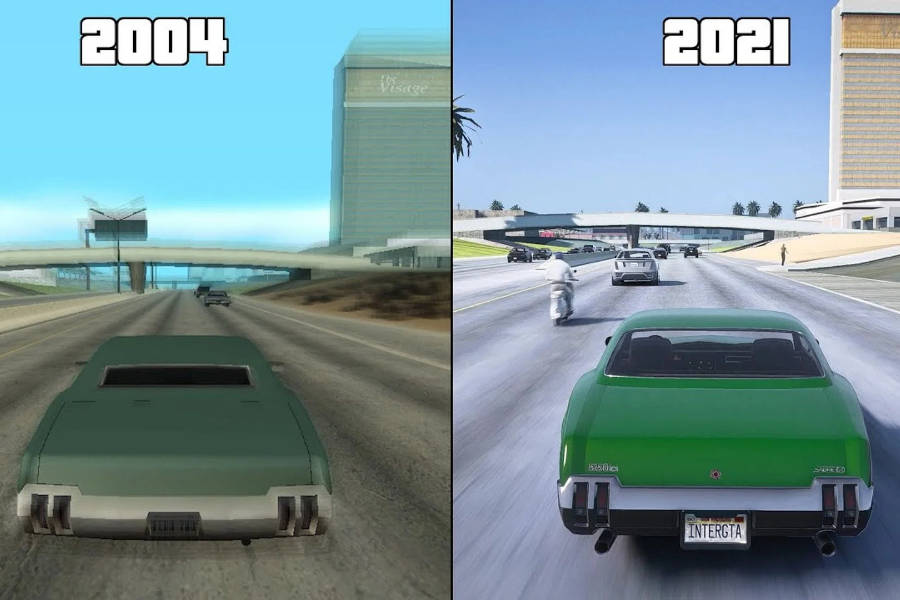 The release of GTA Trilogy Definitive Edition is less than a week away and many players are now looking forward to playing these classic hits in HD. Popular streamers are expected to begin streaming the trilogy on Twitch, as they have with many other games.

However, the numbers are unlikely to match or even surpass GTA 5’s Twitch streaming numbers. With over 50 million followers, the fifth installment of the mainline franchise has always been one of the most popular games on the platform.

The GTA Trilogy Definitive Edition will be released on November 11th, and fans are excited to get back into the games. GTA 3 was released 20 years ago, and many players still enjoy the classic series. Countless streamers are expected to stream the gameplay on Twitch and other platforms once the remastered collection is released.

Since its release, GTA 5 has been a hit on Twitch, and the game has since expanded to include GTA Online and RP. Many players broadcast GTA RP content on Twitch, which is one of the many reasons for the game’s continued popularity. On the purple platform, players like xQc, summit1g, and others have millions of followers, with a few thousand viewers watching their streams on a regular basis.

When it comes to Twitch viewers, GTA 5 has a larger and more prominent market. As a result, it’s unlikely that GTA Trilogy Definitive Edition streamers will be able to attract as many viewers, at least after the initial post-release buzz has died down. Many players have played through the original trilogy and completed it. Rockstar Games hasn’t promised any new content, so there’s little reason for players to tune in to the streams.