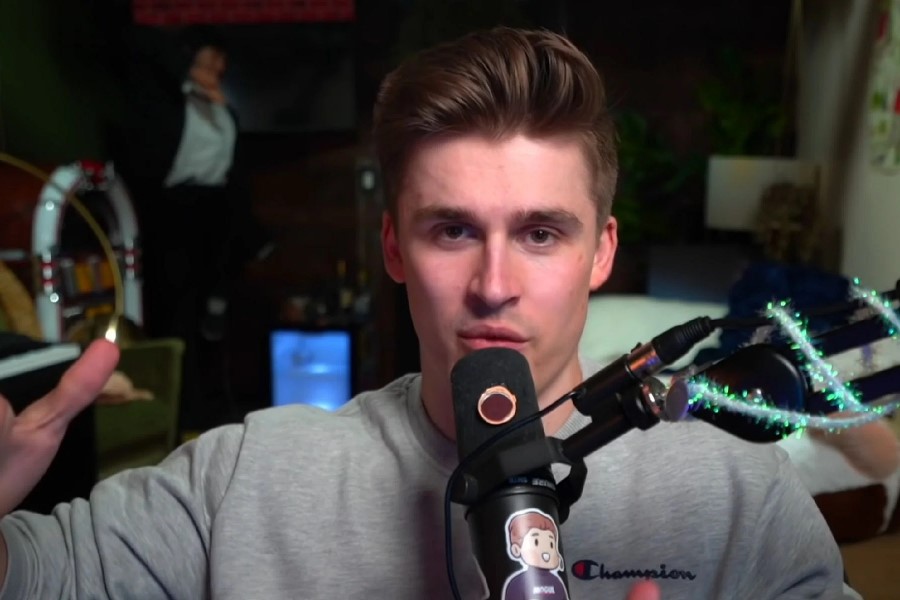 Today, he used those brains to pull a trick on friend and fellow streamer Hasan.

Hasan did something that is typical among amiable creators when he had to briefly step away from his camera. Both creators were streaming at the same time. Following discussion of the YouTube sensation by viewers, Hasan opened Ludwig’s stream and informed the chat that he would return shortly. This technique is sometimes used by broadcasters so that their chat may see what other streamers are doing without having to leave the stream they are currently watching. Occasionally, this results in collaborative output.

However, all he managed to do this time was walk right into a trap. Ludwig began to tell Hasan viewers a story about how he flooded Hasan’s bathroom the previous time he arrived after noticing the political commentator had left. Ludwig appeared to have Hasan’s stream open on a second monitor. Hasan wasn’t aware, according to Ludwig’s story, and despite conducting a lot of cleanup work behind Hasan’s back, Ludwig was still successful in concealing the information.

Ludwig swiftly changed the subject of his remarks to simply applauding Hasan for his political analysis as soon as Hasan returned to his computer. The one mistake Ludwig made during the procedure was to believe that nobody in Hasan’s talk would out him. Hasan’s response to the humorous story caused comedy after other commentators advised him to go back and review what had happened while he was away.

Hasan jokingly said, “You’ll be hearing from my motherfucking lawyers, dawg. What, was he watching me from his other screen, and he saw me come back? … How did he do that? How did he fucking do that? That’s insane.”