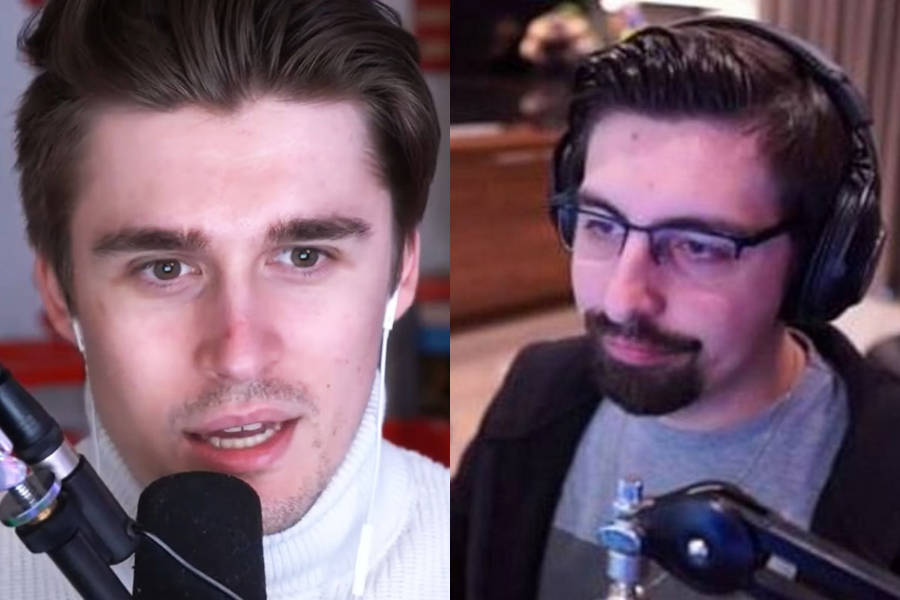 Former professional Counter-Strike player and one of the most popular streamers on Twitch, Michael Grzesiek aka Shroud has invited Ludwig on a trip to Disney, but their first encounter seemingly didn’t go as planned.

It’s not uncommon for streamers to meet up in real life. Ludwig is a great example of this, thanks to his collaborations with OfflineTV members, appearances on Jerma985’s dollhouse streams, and so much more.

Ludwig’s meeting with Shroud on a Disney trip went a little differently than he had intended when he made a remark that didn’t sit well with Shroud.

On Twitter, Twitch streamer Ludwig Ahgren has shared a photo of him alongside Shroud at Disney and some of his fans were perplexed by Ludwig’s choice of t-shirt, as the message on his T-Shirt reads; “I paused my game for this.”

Now, during Ludwig’s September 22nd live broadcast, he explained to his viewers that fans weren’t the only ones to make comments on his choice of clothes.

While boarding a theme park roller coaster, the twitch streamer said that one of the other streamers on the ride made a remark about his outfit, prompting him to turn to Shroud and say, “This should be your new merch.” Ludwig expected the others to laugh at his remark, thinking it was a joke. However, Shroud responded with reluctance, stating that he did not want to produce merch.

Ludwig finished boarding the roller coaster despite his mild embarrassment over his failed prank, and he claims they all had a great time at Disney that day.