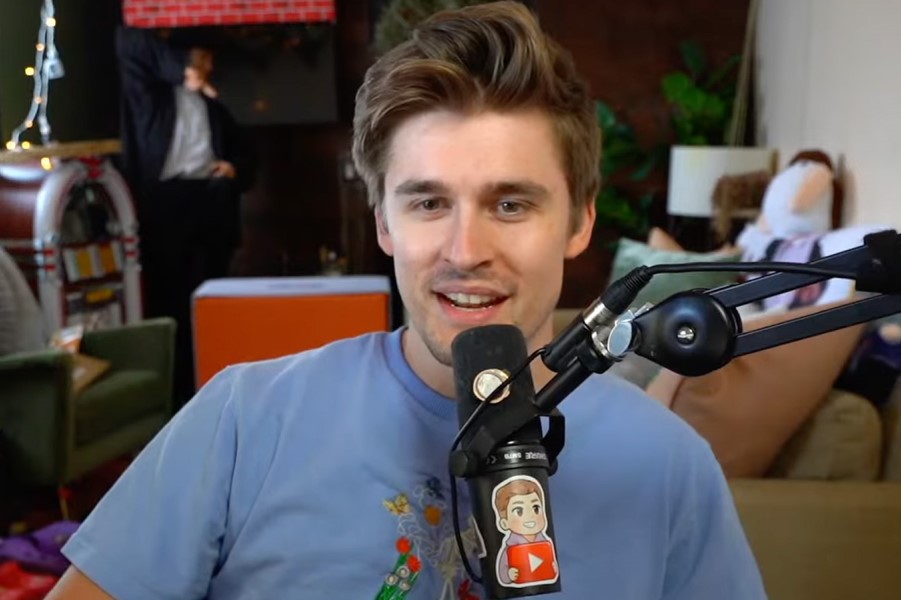 People with low self-esteem and depression, particularly young men and women, are quite prevalent in today’s society due to a variety of biological and societal reasons.

And occasionally, there are those who make an effort to motivate these people with illogical ideas, like consuming raw meat and adopting a primitive lifestyle. And Liver King is one of those individuals who has established his reputation by doing just that.

Brian Johnson, aka Liver King, is a social media influencer who once claimed to obtain a toned physique by eating only beef liver and living as naturally as possible, despite having a million-dollar supplement company called Ancestral Supplements. However, it appears that he has finally come clean and said that it was all a persona and that he does use steroids to keep up his appearance. YouTube streamer Ludwig then shared his opinion, and strangely, he continues to believe that Liver King’s confession is a fake.

Ludwig seemed to have been unsurprised by Liver King’s admission that he has been using steroids continuously since the beginning. This is primarily due to an email that was obtained from Liver King’s account and revealed that he is actually using multiple steroids and that his claims to be living an ancestral lifestyle are unfounded.

It became apparent that he was truly asking for medical assistance for his condition behind closed doors.

Ludwig, upon hearing this, expressed some skepticism about Liver King’s willingness to acknowledge his lies, saying, “You [directed to Liver King] are saying the one true solution is your ancestral tenants, but you yourself when you turned 43 suddenly, didn’t feel right physically or mentally. And then you sought out a trained professional to help guide you through that. Why would you not also want the 15-year-olds to seek someone who’s a trained professional to help them through that? Why is it okay for you to be taking something to balance out your hormones, but then the 15-year-old kids should just eat a bunch of f**king liver and then fight each other and then go in the sun? That seems like insane to me.”

Ludwig even added further while reacting to Liver King’s confession by saying, “it still feels so fake, because of how much he has gained off of the lie, and how little he will be punished from it. I think you know what makes me feel better is like putting your money where your mouth is. Because you’ve had so much success and you know you say you care about all the young men who are struggling. It’s like you know, run your business as a non-profit for a year, and donate all the proceeds towards men who are struggling with confidence issues, mental health issues, issues of suicide.”