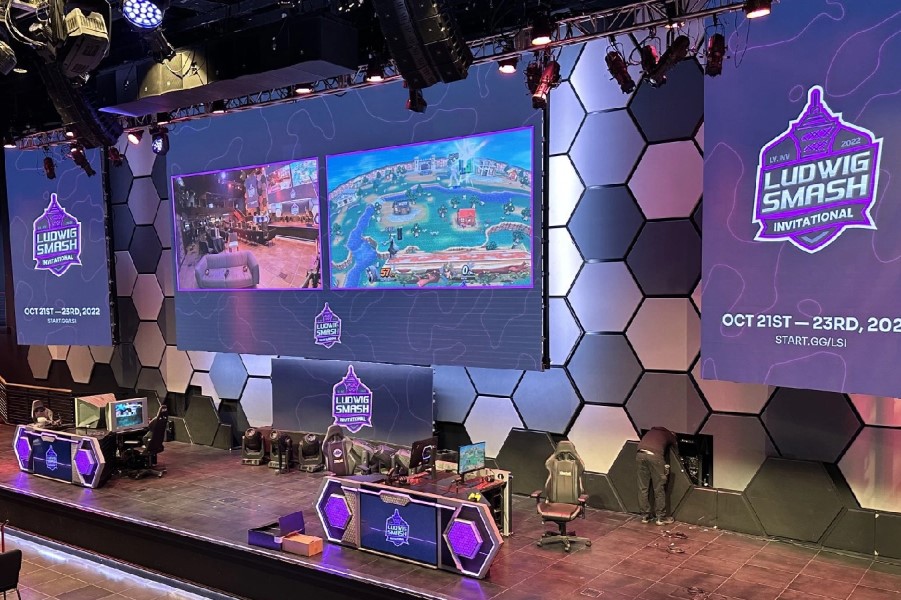 But the day before it was scheduled to begin, a string of unfavorable incidents occurred. The first, and possibly most concerning, factor is that the Luxor Hotel & Casino in Las Vegas, Nevada, where the event is being held, has a substantial amount of water leaking in from the ceilings.

Juan “HungryBox” Debiedma, a Smash legend, posted a video of it happening on social media, and it quickly went viral. He said; “The Lud venue is currently being flooded by an unknown water source. Tarp is up, [all the] setups [have been] shut off for now, [but] water continues pouring.”

Ludwig also disclosed that a significant sponsor had withdrawn, which made matters worse. He said “The title sponsor backed out at the last minute, so it’s going to lose a shit ton of money,”

Still, no matter how much it costs him out of his own pocket, Ludwig wants the event to go ahead as planned. “Smash is what got me into content creation. I’ll always stay true to my day one, money or no money.” In the process, he attracted Jimmy “MrBeast,” a charitable YouTube personality, as a potential suitor who offered to contribute. He asked, “Can I sponsor it?” Ludwig replied with a “Pls!” but it’s not clear if the agreement is actually happening.

Despite the setbacks, there isn’t any sign that the event—which many fans are now calling “cursed,” at the very least—is going to be canceled, and if Ludwig’s comments are any indicator, he’s not going to allow that happen. Before the $60,000 Super Smash Bros. Invitational starts, staff at the Luxor Hotel & Casino are frantically trying to set up the event space.

Attendees may need a pair of gumboots depending on how it turns out. No matter what happens, many Smash players anticipate the $60,000 event to be one of the largest in the history of the game; it will undoubtedly be entertaining.