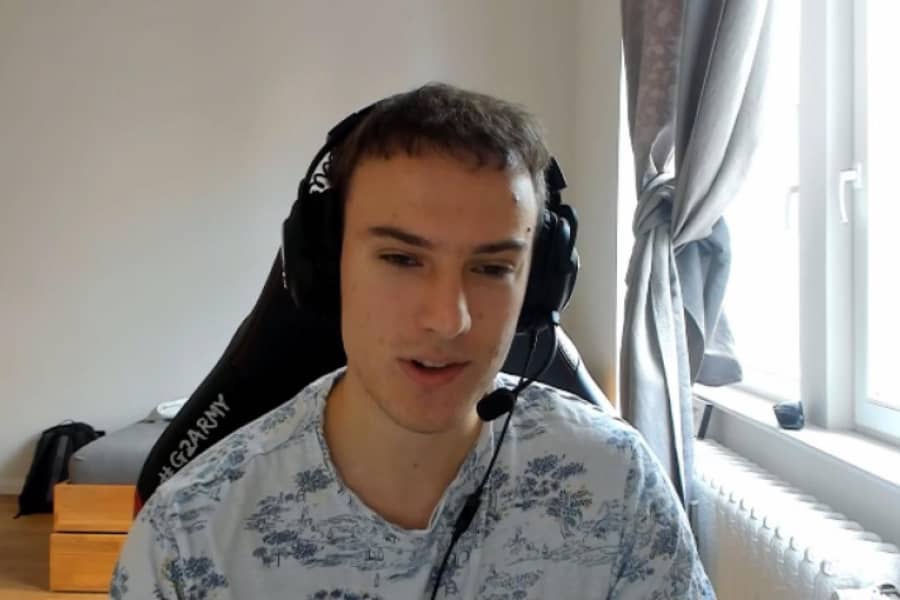 Luka Perković most commonly known online as Perkz is a Croatian professional League of Legends player for Cloud9. He is the only player to ever win eight EU LCS/LEC titles, which he did with G2 Esports. During one of his latest live streams while he was playing League of Legends, his webcam began to wobble slightly as he felt an earthquake!

On December 29th, Croatia had a massive 6.4 magnitude earthquake that reportedly killed multiple people and was felt as far away as Rome. At first, his broadcast started off quite normal as he was competing in LoL matches but then suddenly, loud noises began to be heard off his broadcast and his camera started shaking. He muttered; “Holy sh*t,” as the whole room began to go up and down and he immediately took off his headphones and disappeared from the screen to check in on his mother.

Fortunately, the earthquake seemed to stop as quickly as it began, and the streamer was able to return to his game. However, he admitted that he was having a hard time getting back into the game as it was the first time that he experienced that kind of earthquake while streaming. He said; “Yea, this morning is just crazy, I think I’m going to have to stop streaming now. It’s just… I can’t play anymore actually.” Even though the match continued, Perkovic decided to just hightail it and leave the stream in the process, which was probably the right decision given how rattled he was.