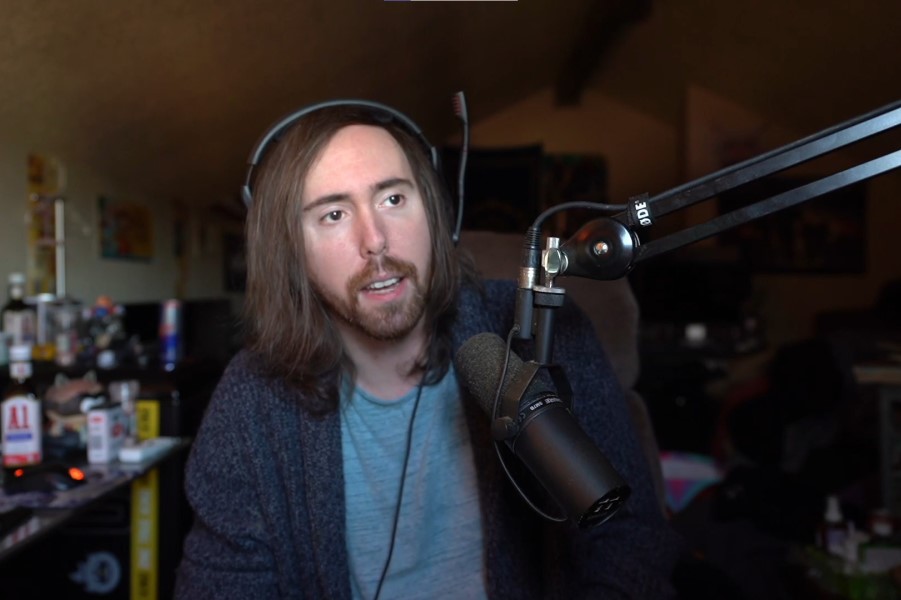 Zack “Asmongold,” a well-known Twitch streamer, has disclosed that Twitch is not pleased with him for streaming on his other channel.

The experienced MMO player has been streaming for a while on his additional Zackrawrr Twitch channel. The Amazon platform has been unable to commercialize it because it is not his primary channel (as it is not partnered).

In a recent livestream, Asmongold informed his audience that, according to what he had heard, Twitch’s upper management had even voiced their displeasure: “I’ve heard from down the grapevine that Twitch is actually not happy with the fact that I’m streaming on this account and not making any money.”

Asmongold, a veteran streamer on the site, is well-known in the MMORPG community due to his extensive experience with World of Warcraft and other games of a similar nature. The OTK founder has been regularly streaming on his alternative Twitch channel for the past few months. As a result, despite not being partnered, it has gathered more than a million followers.

Asmongold, however, stated on his most recent livestream that he would prefer to return to his primary channel for the November 28, 2022, release of the World of Warcraft: Dragonflight expansion. He stated: “I know a lot of people ask when I’m gonna be back on the mainstream, etc. I want to be back for Dragonflight launch, I do. I want to be back.”

He explained that even if he switches back, he will have his upbeat disposition: “I think that if I do come back to the main streaming again, I’m literally gonna not give a f*ck. I’m just gonna stream for fun. The same as I do here, but I’ll get paid. That would be cool, right?”

The streamer further asserted that Twitch is suffering financial losses as a result of Zackrawrr’s lack of monetization. Despite having an average of 15,000 continuous viewers, the channel doesn’t appear to be profitable because it is not partnered. This information comes from TwitchTracker. He clarified: “Because if I’m not making any money, that means Twitch is losing hundreds of thousands of dollars.”

The Twitch celebrity highlighted an estimated sum of money that the Amazon-owned platform was purportedly losing as a result of his choice to stream on Zackrawrr back in September: “I’m costing Twitch $158,750 this month. Please don’t ban me again. Please don’t ban me, because they’re not running ads on this channel, they’re not making any sub revenue. This channel is unmonetized completely. Man!”