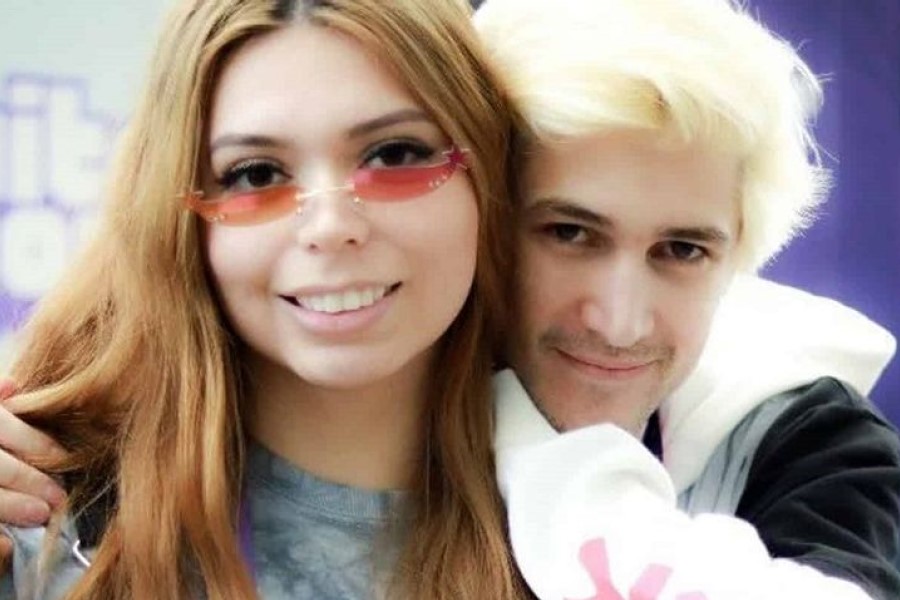 Twitch streamer xQc recently shared a hilarious story about how he met his current girlfriend, Adept, for the first time.

The Twitch streaming power couple has been dating for a long time, and while their relationship has had its ups and downs, they are still together and growing stronger. xQc revealed how he met Adept at a New Year’s Eve party during a recent stream, and fans couldn’t believe the initial chapter of one of the most popular Twitch relationships right now. xQc revealed some facts about the beginning of his love story with Adept while playing Valorant with other streamers Forsen and Disguised Toast.

xQc said he knew Adept from her Overwatch streaming and had heard about her play because he used to be a big part of the community. Later, he confessed that when he met Adept for the first time at a New Year’s Eve party, he was seeing someone else, which caused the group to chuckle at the absurdity of the scenario. He stated; “I was with some other girl, and then I met her at the New Year’s, I think.”

After hearing xQc’s backstory, Disguised Toast made a sly remark addressed at the pair when he talked about how love can strike at any time when he said: “You can’t time these things.”

To put the nail in the coffin, xQc best summed up how relationships may emerge even from the most unlikely of circumstances when he said: “Love doesn’t wait, it just happens.”

Both in real life and in GTA RP, xQc and Adept have had their fair share of fights. Fans agree, however, that they are still one of the cutest couples on the site, and this story indicates that they were meant to be together because few individuals can say that this is how their romantic connection started.