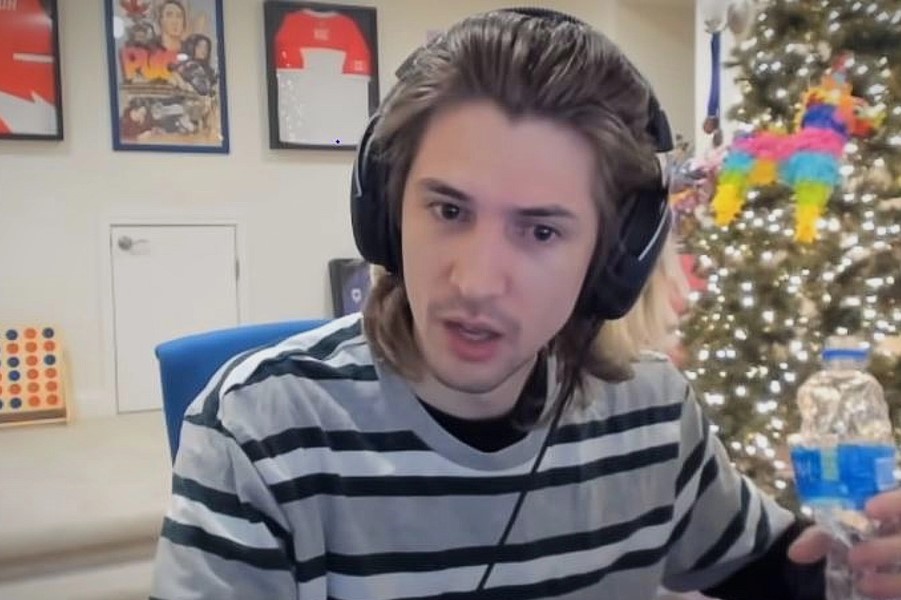 Twitch star xQc was completely taken aback when he saw a popular TikTok about his breakup with now-ex-girlfriend Adept.

xQc’s connection with Adept was out in the open for everyone to see, in contrast to the majority of the most popular YouTubers and Twitch streamers who choose to keep their private lives private and concealed from followers, often for good cause. There are going to be those viewers who become overly invested in their favorite streamer’s personal lives when they have an audience as large as the former Overwatch pro’s, with over 11.4 million followers to date.

The well-known streamer discovered a popular TikTok with over 1.3 million views describing his breakup with Adept during his broadcast on November 19th. The TikToker @xmukitty issued a warning, claiming that xQc did not have a prenuptial agreement with his ex-girlfriend, allowing her to steal his house and car after they broke up.

Many TikTok users pointed out that a prenup is normally for marriages, however the two Twitch streamers were only in a relationship, despite the fact that they did live together for a considerable amount of time. However, the two might have been living together as a common-law couple, in which case Adept might be eligible for xQc’s financial support.

Adept recently verified that xQc is the owner of the McLaren 720s Spider, which is valued at over $300,000. It’s unclear, though, if she plans to keep it.