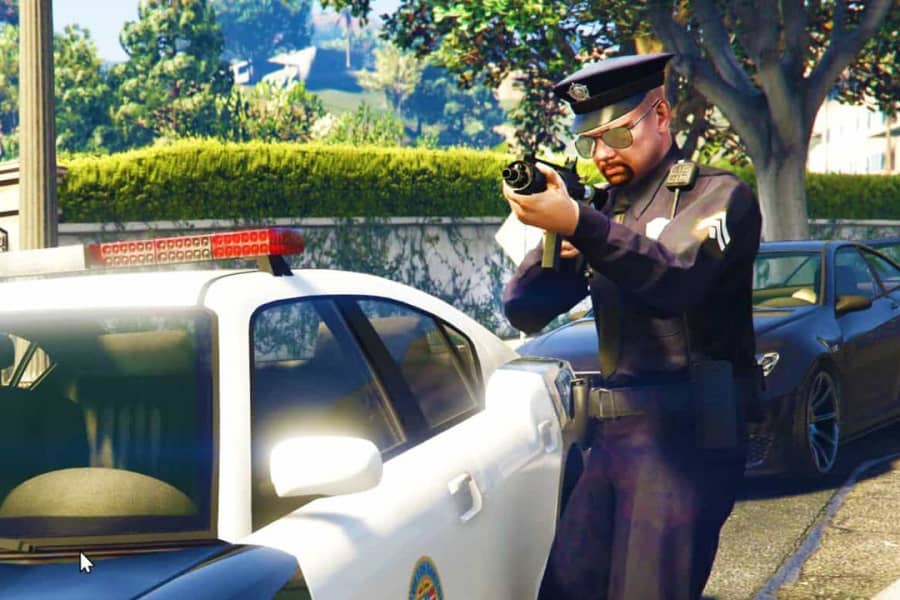 Twitch streamer Felix Lengyel aka xQc seems to be getting himself in a lot of trouble on the GTA RP Nopixel server. xQc was banned twice on the server but he recently got unbanned and started playing the game on his stream. He is obviously no stranger to adventure on the GTA RP. During his March 17th live broadcast while playing on the server, xQc together with his partner decided to attempt to steal a helicopter from a local.

As soon as they arrived at the destination, they spotted a local getting into one in the distance. xQc quickly got out of the car and tried to reach the helicopter before the local. But then the local managed to get inside the helicopter and began to take off. xQc was trying to punch him on the outside attempting to cause the local to land but it didn’t work as the local quickly took off and began circling above. XQc and his partner are waiting for another helicopter to land and take it and it seems like they completely forgot about the local that they had previously assaulted.

When xQc and his partner got in their car and began to drive, they realized that they were being followed by the local in the helicopter. xQc exclaimed; “Dude what is he doing? This is so weird, he’s still doing it, what the fuck, Woah!” The local was also trying to run them off the road. Their chase went for over a couple of minutes resulting with the police getting involved. When the local landed, xQc quickly ran into the local and landed an uppercut on him, sending him to the ground. In the end, the police didn’t even realize that originally it was xQc who was attempting to rob somebody.