Why Hasan Does Not Read Donations And Subs 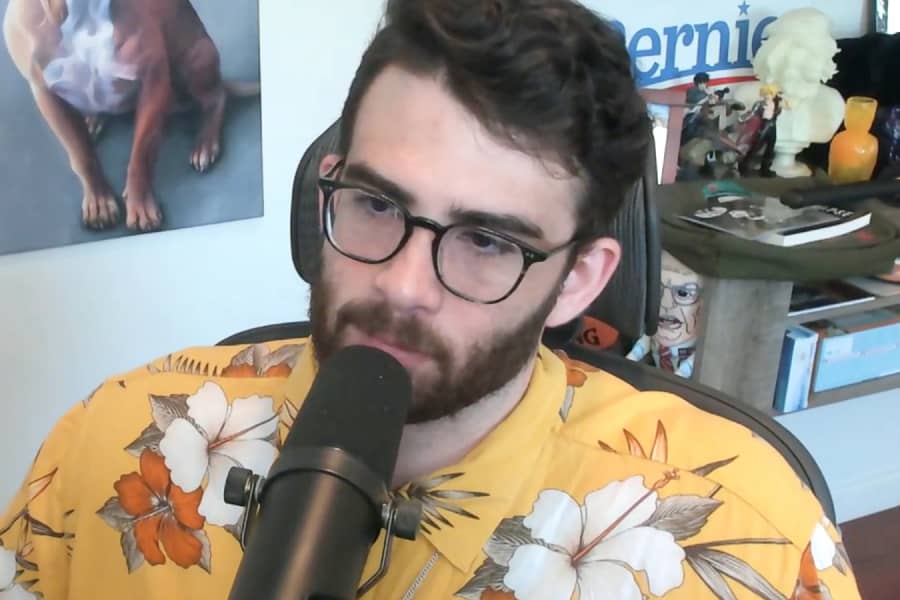 One of the most popular twitch streamers on the platform, Hasan Piker or simply HasanAbi has recently explained as to why he refuses to read out Twitch donations and subs after the backlash over his earnings figures in the Twitch earnings leak.

The data breached the source code for the Amazon-owned streaming service, resulting in a 120GB data leak. The overall earnings for streamers over the past two years, though, was the main source of interest. Hasan himself was towards the top of the list, coming in 13th place ahead of Asmongold, Tyler1, and Castro. He earned $2.8 million between August 2019 and October 2021, according to the list, and was instantly criticized for it owing to his political activity on the platform.

Hasan is no stranger to backlash because of how much money he makes. He came under fire earlier in 2021 after purchasing a house in Hollywood for just under $3 million, claiming that everyone needed to “collectively calm down.”

With the disclosure came even more outrage, and Hasan addressed the issue briefly. He explained, “None of the people that are upset at me have ever watched me. If you did, you would know this is something that I acknowledge. This is something that I openly show in an effort to be as transparent as possible.”

He then disputed the notion that he’s “banking on parasocial relationships,” stating why this isn’t the case. He added; “I don’t read donations. I don’t read subscriptions… If you want to interact with me, you can write in the chat. It’s the most democratic way possible. All you need to do is follow.”