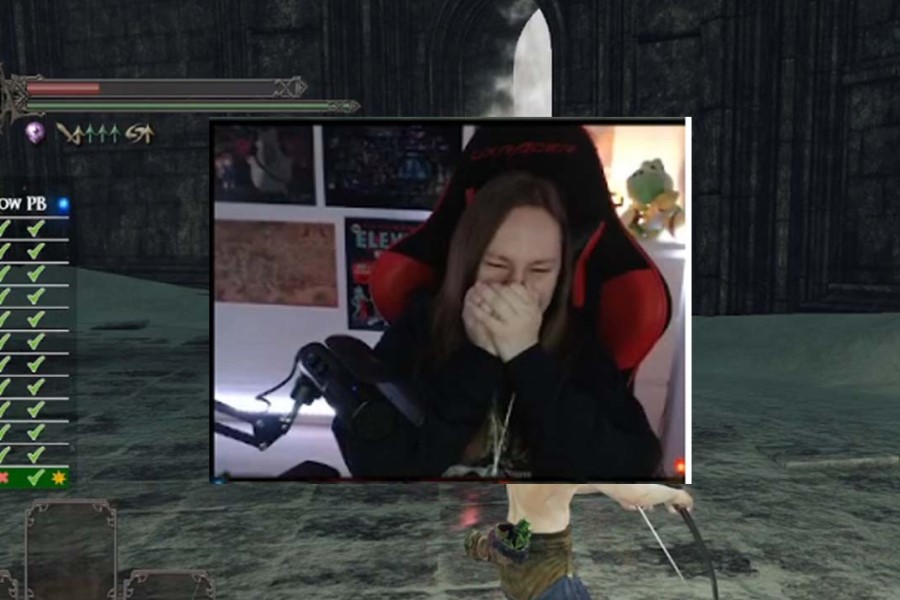 Valkyriexxxx, a Twitch streamer with a modest 4.1k followers, performed a rare no-hit run of the whole Dark Souls Trilogy on Tuesday, after which she broke down in tears, overwhelmed by her astounding achievement. Valkyriexxxx joins a select group of only 15 people who have finished the trilogy’s no-hit record.

If you’re wondering why her health is so low in this clip, it’s because she’s wearing the Tear Stone Ring, which boosts the damage you deal while you’re low on health. In Addition to getting a hit from an enemy, there are other ways to purposely receive damage in the game. Since she can’t absorb a blow, it makes sense to use this ring to inflict damage via falling or other ways. It’s a must-have for these kinds of races.

Due to the huge size and scope of the game, as well as its adaptation stats that make your invincibility frame rolls much weaker near the start of the game, Dark Souls 2 is considered to be the most difficult game in the trilogy to complete without taking a hit. Dark Souls as a trilogy is notoriously difficult, with Japanese developer FromSoftware designing it with difficulty and a very high skill ceiling in mind. The games are known for being harsh, so this achievement is all the more impressive.