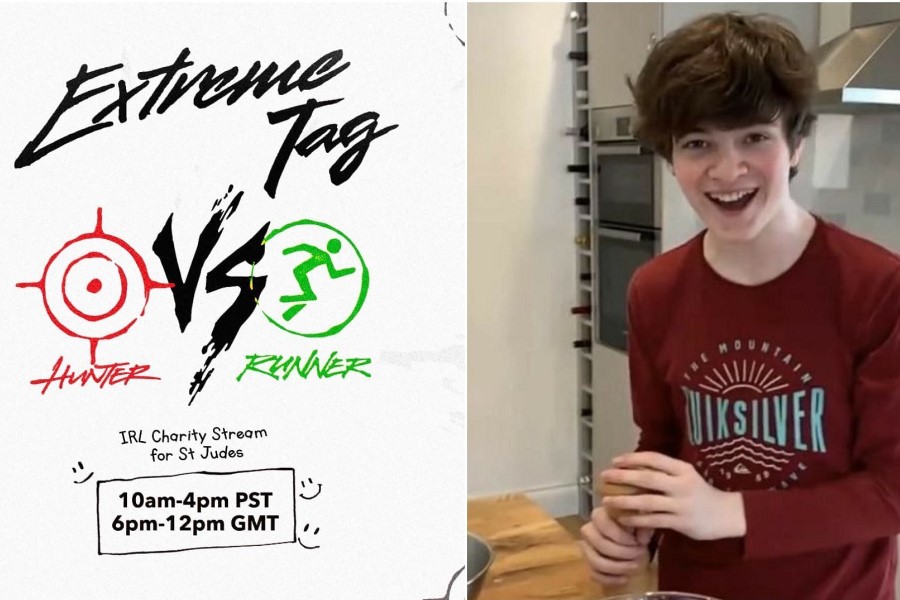 Minecraft streamer Tubbo recently traveled to the United States to meet up with friends. The trip had been long anticipated and was frequently discussed on his streams. Tubbo stunned his fans by announcing an intense tag charity event with a slew of other well-known broadcasters in the United States,

Tubbo met a lot of Minecraft streamers from the United States on his trip, whom he had made friends with over the internet. Quackity, 5up, Eret, CaptainSparklez, Ranboo, and others were among the people he met. He’ll be playing extreme tag with a bunch of other streamers on November 23 to raise money for St. Jude’s.

Tubbo’s announcement tweet was filled with his followers, evidently enthusiastic for the event and to see all of their favorite streamers collaborate, as this was a surprise news for his fans. The tweet drew the attention of a number of Minecraft streamers. Tubbo’s friend Ranboo, another well-known Minecraft streamer, also publicized the event and encouraged everyone to watch and participate.

Many Minecraft broadcasters’ fans reacted positively to the news, with the majority expressing enthusiasm for the impending charity event, while others expressed regret for having school or work at the time of the event. Extreme Tag is a type of IRL game in which one player takes on the role of hunter and attempts to ‘tag’ everyone else while they run away from the hunter. On November 23rd, from 10 a.m. to 4 p.m. PST, the charity event will take place. On his Twitch channel, Tubbo will be live-streaming the entire event.