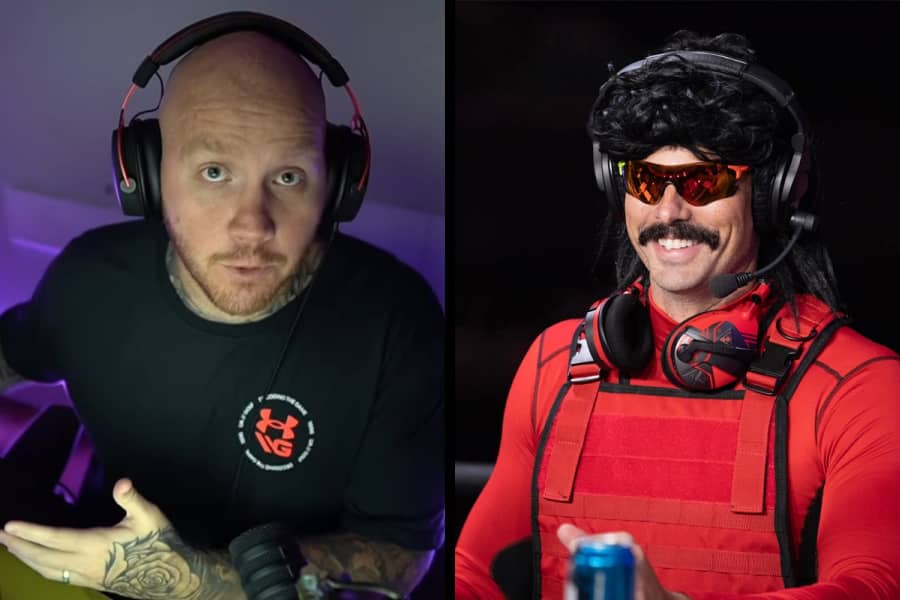 Timothy Betar aka TimtheTatman and Dr Disrespect were recently reunited after TimTheTatman signed an exclusive streaming contract with YouTube streaming.

Dr Disrespect’s presence on YouTube, according to TimTheTatman, was a major factor in his choice to migrate from Twitch to YouTube. The two streamers have been friends for a long time and used to often collaborate on COD streams on Twitch. The two have played numerous games together over the years and have built a solid bond as a result.

So, here’s the top five most recent surprising Dr Disrespect and TimTheTatman moments.

While the two have a clear bond, they are also quick to taunt and tease one another, as evidenced by a number of funny occasions in recent years. One of these happened recently, in September 2021, when Dr Disrespect decided to play a loud sound clip during Tim’s discussion of his new AT&T sponsorship. Tim was talking about his new sponsorship when the Doc decided he didn’t want to hear about it. The incident was followed by a humorous Twitter message in which the Doc, albeit reluctantly, congratulated his friend.

TimTheTatman was chastised by the Doc for his COD: Vanguard skills during a recent collaborative stream. Tim was afraid of the opponents, according to Dr Disrespect, who spent a lot of time criticizing his friend. Fans would have been astonished by Dr Disrespect’s harsh critique of TimTheTatman, despite the fact that the Doc is known for his vicious persona.

Dr. Disrespect first noticed Tim’s amusing habit in September 2020, and he’s been mocking him for it ever since. The Doc shared a video on Twitter that showed how many times Tim used the word “bro” in just five minutes of one of his streams. This generated a variety of amusing responses from the community and other content creators. TimTheTatman personally commented on the post. Needless to say, it was one of the most amusing exchanges the two have had in their careers.

While Tim previously stated that Dr Disrespect’s presence on YouTube influenced his decision to leave Twitch, the Doc has rarely shown affection for his friend and fellow content creator. However, once the move was made, the Doc couldn’t help but gush about how happy he was to see his friend again. Fans were taken aback by the message and the Doc’s obvious joy at the news, as the streamer claimed that the move was beneficial not just to him but also to the platform.