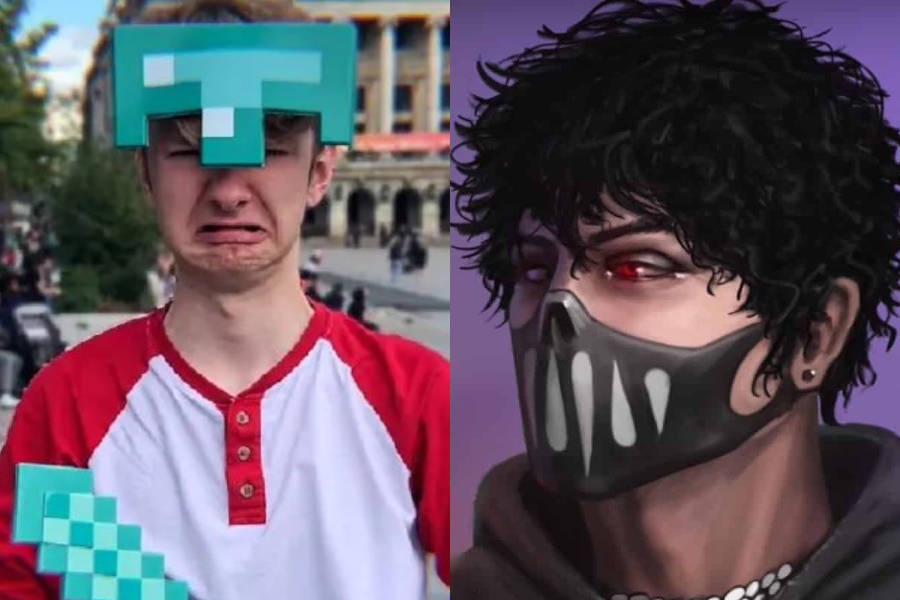 Popular Minecraft content creator Tommyinnit has recently invited fellow YouTuber Corpse Husband to play Minecraft on his world. Along with Corpse Husband, Eryn and Minecraft streamer BadBoyHalo also joined in on the fun.

TommyInnit tweeted a photo of himself, Eryn, Corpse Husband, and BadBoyHalo in a nether fortress on October 13th. Since then, fans have been excitedly anticipating the release of this highly anticipated collaboration between some of pop culture’s most well-known figures.

TommyInnit has also created a YouTube video with Corpse Husband, BadBoyHalo, and Eryn. Fans can listen to the humorous banter between the four as they try to capture Elytra in the video.

TommyInnit, a popular Minecraft streamer, has collaborated with a number of well-known creators, including Dream, KSI, WilburSoot, Tubbo, Ranboo, and others. He decided to bring Corpse Husband, the famous “faceless” star, to play Minecraft with him this time. The entire video was a hilarious disaster as TommyInnit tries to teach Minecraft gameplay to Corpse Husband, who appears to have no prior experience. After 3 minutes and 30 seconds, Corpse Husband appeared perplexed, to which Tommy responded: “Why are you vastly underprepared for this, Corpse!? Do you know how to play this game?”

TommyInnit stated in the video that his goal for the day was to obtain Elytra. TommyInnit introduced Corpse Husband to Eryn, another Minecraft streamer and TommyInnit’s childhood friend, when he first entered the world. He made it clear that Eryn was a childhood friend by repeating the phrase several times.

In the video, the four did some roleplaying and came up with some amusing names. Corpse Husband constructed a sinister identity with a dark connection to the Ender dragon. Corpse Husband refused to meet the Ender Dragon throughout the video. Because TommyInnit had already killed Minecraft’s last boss, fans didn’t get to see Corpse Husband’s reaction.

Corpse Husband, TommyInnit, BadBoyHalo, and Eryn ultimately reach Minecraft’s final world, the End dimension, after surviving the nether fortress. Despite Tommy’s warning not to stare at the endermen, Corpse Husband did so out of curiosity and died hilariously.

Corpse Husband’s attempt to use sand to cross the End dimension was one of the video’s funniest parts. The team intervened and handed Corpse cobblestones to construct a bridge.

TommyInnit eventually obtained an Elytra and allowed Corpse Husband to wear it. By flying into the ether and disconnecting from the server, Corpse made a humorous exit.