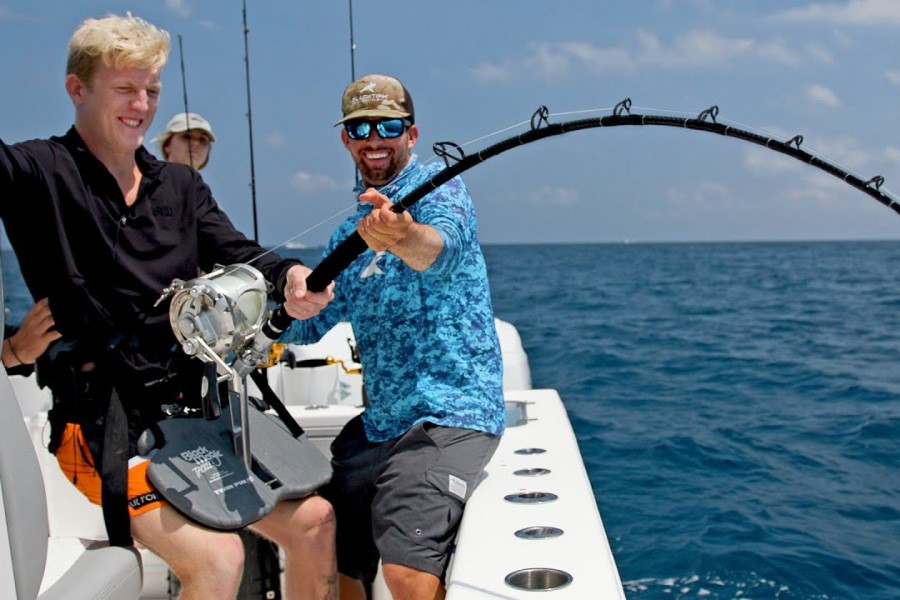 Turner “Tfue” Tenney, a popular Twitch streamer, was left speechless when he almost lost his fishing rod as he was hooked up to a shark that tried to take the gear with them as they fled.

Tfue became one of the finest Fortnite players in the world before moving on to other games and developing into a more diverse Twitch streamer. This is where he gained the majority of his notoriety. In addition to playing video games, he frequently broadcasts doing outdoor sports. On Tuesday, November 15, 2022, his fishing stream was no exception.

Fishing is typically a quiet activity with one or two exciting catches and nothing out of the ordinary, but on Tfue’s fishing expedition, he encountered something a little more difficult. After spending more than an hour out on the lake, Tfue felt a strong pull on his line and instantly realized it wasn’t just any bass or carp, but a full-fledged shark.

The shark flailed, pulled, and rapidly swam away after a fight to bring it to the surface of the water and humorously begging it to stop eating their fish. In the process, it snapped Tfue’s pole in two. Most fishermen would be ecstatic to even catch a shark, but Tfue seemed to take it all in stride.

He didn’t react much other than being visibly surprised as the shark swam away with part of his rod. Even if he isn’t quite as well-known as he previously was, Tfue is still one of the most popular creators on Twitch and attracts thousands of viewers whether he is gaming, fishing, or doing something else entirely.