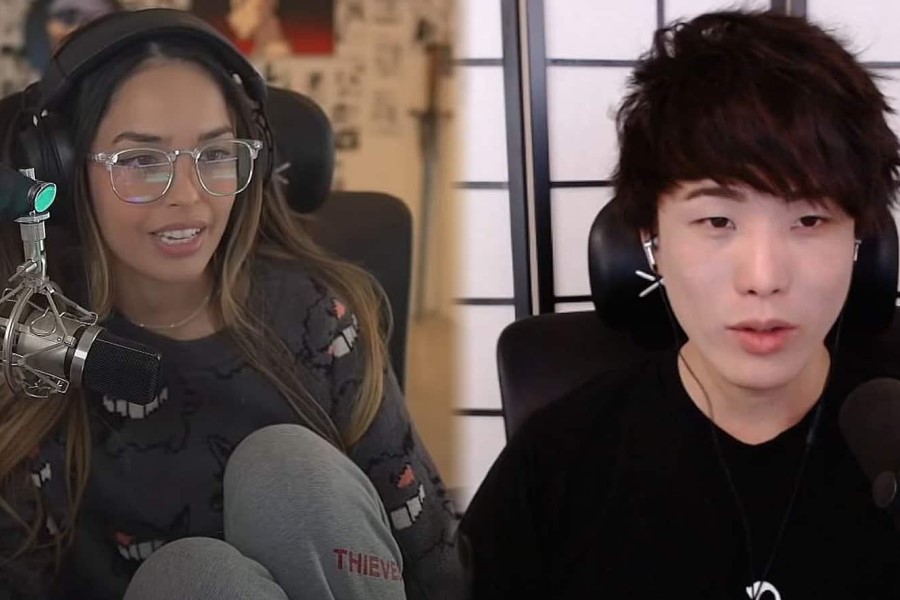 Youtube gaming streamer Valkyrae has admitted that twitch streamer xQc was initially “intimidating” to play games with, but that Sykkuno acted as a “barrier” that made her feel protected.

Rae appeared on live alongside Miyoung ‘Kkatamina’ Kim after gifting $5,000 in Twitch subs to support her subathon. In a chat they were having with some mutual friends, xQc’s name came up. Rae once claimed to be “scared” of playing games with xQc, according to one of them. Rae confirmed it by saying that he’s “nice” but “intimidating,” and that Sykkuno has made the process go more smoothly.

A friend began the conversation by admitting that the prospect of conversing with xQc “scared the sh*t out of him,” claiming that it was a combination of social anxiety and a lack of words. A second off-camera friend added to that by saying she “begged” Rae to join her in a Mario Party lobby with xQc. Rae also acknowledged being “scared” of him at the time, which startled his friend.

Rae took command of the discussion and clarified her remarks; “He is nice. I mean, he is really nice,” she said. “He’s just intimidating.” However, they all agreed that he’s not that intimidating once you get to know him.

Valkyrae also explained how Sykkuno makes it easier to play games with xQc stating; “It also helps when Sykkuno is there because Sykkuno just has this barrier where it’s like you feel safe in there. He’s the connector to everybody.”

Valkyrae and xQc are both good friends of Sykkuno’s. He even trolled the juicer warlord with a smile on his face. Valkyrae might not feel comfortable enough around xQc to do that for a time, at least while Sykkuno isn’t around.