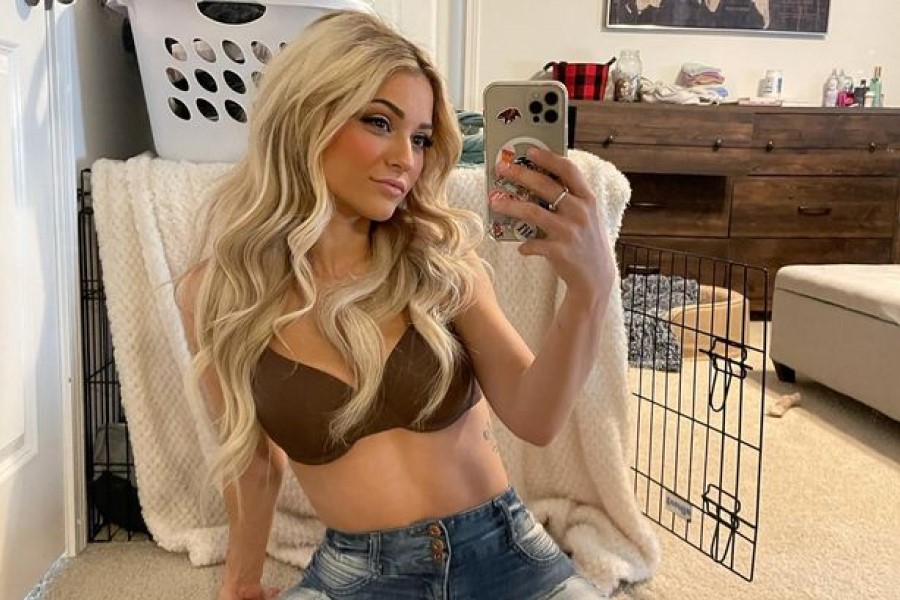 TheDanDangler, a well-known Twitch streamer, had an expensive Brazilian butt lift procedure, and an unknown fan paid for it by sending her a box containing $10,000 in cash.

TheDanDangler is one of Twitch’s most contentious streamers, having been subject to a number of bans, although her work has attracted some devoted followers with spending money.

On January 10, the OnlyFans celebrity announced that she had received a massive monetary gift consisting of hundred dollar bills from an unnamed fan who had been following her “since the CoD days.” TheDanDangler is determined to learn the identity of the fan despite the fact that they have withheld their identify and is pleading with them to come forward.

The streamer posted pictures of the pricey present and the personalized handwritten message that came with it on Twitter. After learning that she was going to have surgery, the fan, who said they monitor all of her social media profiles, said they wanted to do something good for her.

They wrote; “In this package you will find some things I hope make you feel better. I also would like to pay for the cost of your procedure, so on top of the goodies, you will also find $10K cash.”

TheDanDangler, for her part, is eager to learn who sent the box and is making every effort to get them to come forward. She exclaimed; “Bro someone paid for my butt surgery. WTF I will find you! Whoever did this please send me a message. I would like to thank you. I know you want to be anonymous, but this is too much to not say thank you personally.”

It’s not the first time a streamer has received a major surprise in the mail. Amouranth received a “self-defense” care package last year that included a new iPhone, bodyguard services, and $70K cash. The identity of the mystery fan is still a mystery because nobody has come forward to admit that they sent the money so far. That said, my email address is in my bio if someone wants to offer this poor reporter $10,000.