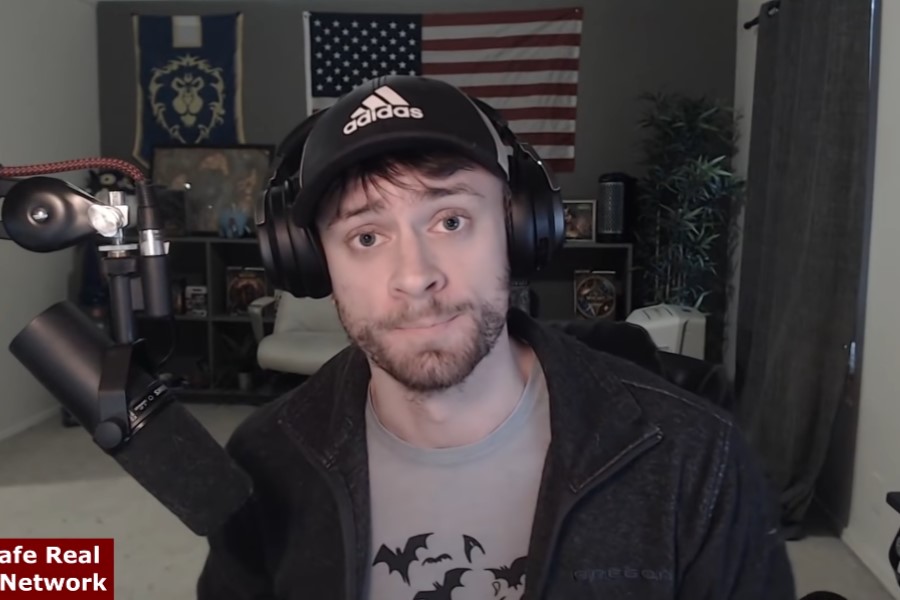 When the release date for the newest World of Warcraft expansion was unintentionally revealed on the home page, Twitch streamer Matt “StaysafeTV” shared a revelatory moment on his broadcast yesterday.

As the website announced the game’s release date, Matt and other users discovered the error. He was perplexed as a result of the coding fault on the website. The streamer realized what was going on and exclaimed: “That is such a f**k up.”

The release date of World of Warcraft: Wrath of the Lich King was artistically featured on the main page itself as StaysafeTV was streaming the game’s online website. The time was September 26, 2022, as could be observed. The 32-year-old didn’t give it much thought and carried on broadcasting until one of his viewers pointed out that presenting the date was a mistake all along. He soon understood that it was a software error.

The broadcaster realized that the date had vanished after refreshing the page. He questioned rhetorically: “So, the idea is that they didn’t mean to upload the date on the website, and I that if refreshed this, they have removed it, and now, it won’t be here anymore?”

The American streamer persisted after the date was erased from the page: “They removed it. Oh my god, Blizzard, that is such a f**k up! Oh my god! Wow! Wow! They didn’t want us to know. They actually leaked it. That guy (the programmer) is getting fired! Fire him, fire that guy.”

Many fans have been eagerly awaiting the game. The game, according to Blizzard president Mike Ybarra: “We’re thrilled to revisit one of the most beloved eras in Warcraft history with Wrath of the Lich King Classic. The original release of this expansion brought many improvements to the game, along with a timeless villain and an epic story.”