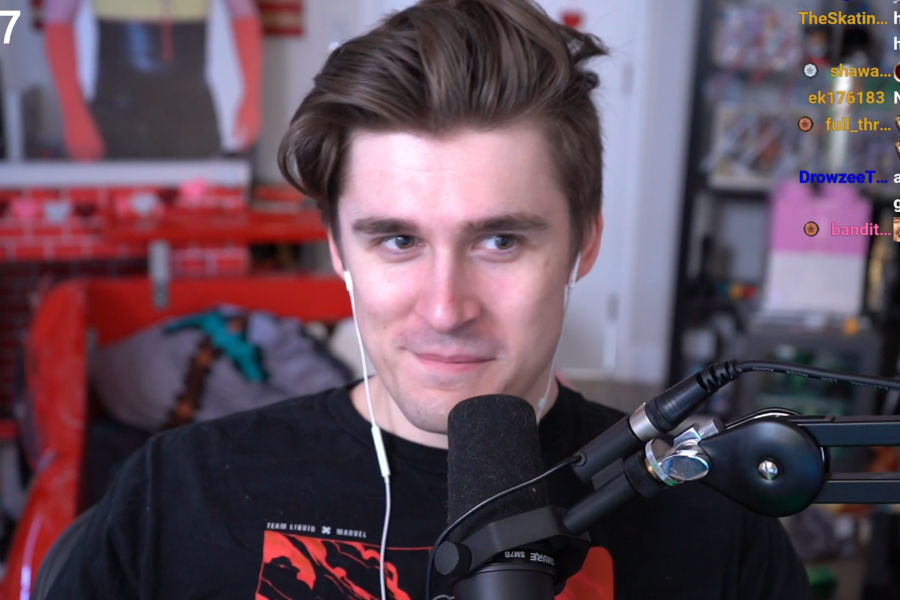 Following a recent outburst from the creator of an artist, popular Twitch streamer Ludwig criticized fellow broadcaster Trainwreck for his “confusing” username choice.

Ludwig has over two million followers on his YouTube channel and more across social media and Twitch, thanks to his month-long Subathon earlier this year. He’s written opinion pieces and unusual skits, among other things, during his meteoric rise in popularity.

More lately, the streamer has taken a strong stand against the currently popular NFT trend, which many influencers have embraced.

Trainwreck, a Twitch broadcaster, recently revealed his high-dollar NFT purchase on Twitter, which Ludwig promptly mocked during a Twitch stream.

However, his purchase wasn’t the only thing Ludwig wasn’t a fan of; in a tweet responding to an artist claiming he ripped them off, Train argued that his name is ‘Trainwreck’ instead of ‘Trainwrecks,’ despite his username including the extra letter. A user quote tweeted Train after his outburst on Twitter, claiming that he never paid them for a t-shirt design. Trainwreck promptly retorted with various arguments proving his innocence, including the fact that his name does not include the extra letter “s.”

Even though his username on all platforms is ‘TrainwrecksTV,’ Ludwig added that he knows the creator prefers the term Trainwreck. He does, however, believe that the term is incomprehensible. He said; “TrainwrecksTV wouldn’t imply it’s a television show hosted by Trainwrecks. It should describe the TV in his house. A couple of English degrees fail here by Train. But everyone has their pros and cons. I’m good at English, he’s good at pulling a slot machine.”

Trainwreck has recently acquired popularity for his gambling streams, which have sparked debate, namely when it affected his ability to play in NICKMERCS’ Apex Legends tournament.

Ludwig’s roast has elicited no response from the creator as of this writing.