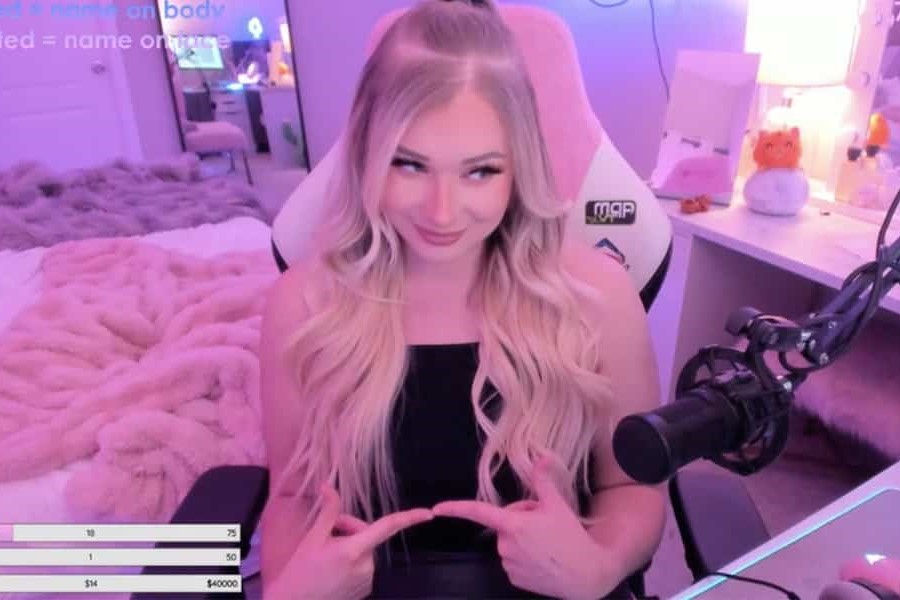 On Friday, May 13, a Twitch streamer was banned from the platform, claiming it was because she was writing subscribers’ names on her chest.

Every day, several Twitch partners are banned from the Amazon-owned network for a variety of reasons that violate their terms of service. These could include DMCA strikes, game cheating, or bullying and harassment. However, on May 13, several female streamers were banned for various infractions involving their clothes or decisions made while streaming. Rach Ryan was one of them, and she indicated that her ban was due to the fact that she “wrote sub gifter names on her chest too low.”

Twitch doesn’t comment on individual bans, so Rach isn’t sure what the explanation is, but she thinks this is what it boils down to. She then expressed her dissatisfaction with earning a 3-day sentence rather than a 24-hour penalty, criticizing “women doing squats in bikinis in hot tubs” while she was suspended “for sharpie.” This came after bans were issued to streamers TheDanDangler and Corinna Kopf, who returned to the game after a stint on Facebook Gaming at the start of 2022.

DanDangler was banned for streaming in the bikini category while wearing a bikini, subsequently questioning whether Twitch is “trying to kill itself.”

Twitch is clearly looking to crack down on channels they believe are breaking the rules, given the recent spate of women being removed from the network due to their wardrobe choices.