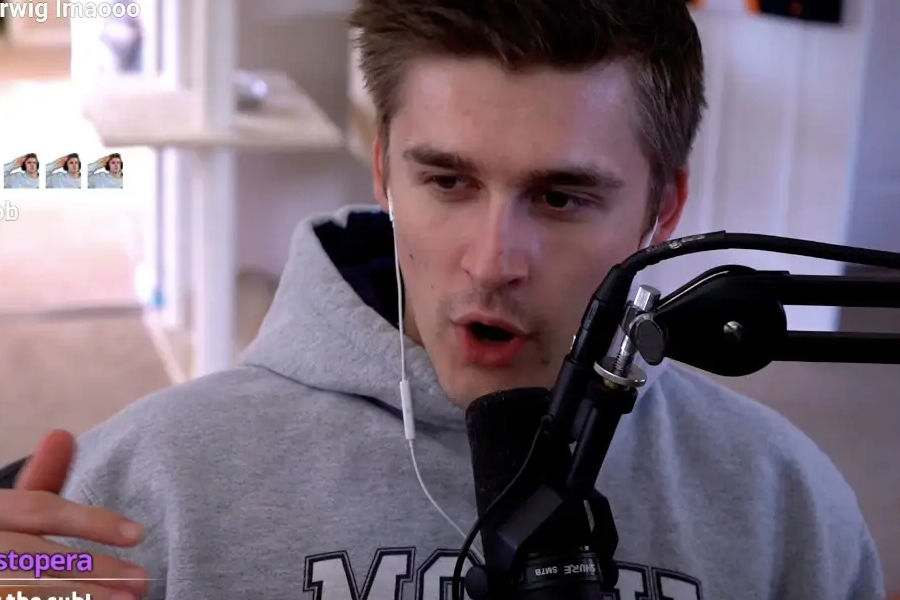 Twitch streamer Ludwig Ahgren has recently lambasted Twitch for launching “predatory” features after the platform’s recent sponsored stream bump announcement, despite his fondness for the platform.

Viewers will soon be able to pay money to have their favorite streamer’s channel appear in the recommended part of the first page, according to the Amazon-owned platform. The revelation soon spread on social media, drawing widespread criticism from both creators and viewers alike.

Many streamers including Ludwig Agren have reacted to the feature as he went on to criticize Twitch for regularly launching features that only seem to favor larger creators with massive communities in a video showcasing his thoughts on the function.

He stated; “I love Twitch. I feel like I’m very critical of them, but I wanna make it clear I love the platform. It’s the main vehicle I use to consume content, but they are not good at adding new products.”

Ludwig cites the existing gifted sub leaderboard and hype trains as examples of platform additions that he believes have just served to provide the existing community with new methods to pay the streamer more money rather than ways to get more people into the channel. He continued stating; “It’s just so weird that everything Twitch does requires viewers to use their money and resources to promote streamers rather than them being the one promoting and some of them I think are predatory.”

While Ludwig is skeptical of features such as the stream boost, sub-gift leaderboards, and hype trains, he believes the streamer sub badge is a nice feature because it recognizes people who have been long time members of the community. Ludwig then goes on to explain why he believes the new feature will be a flop, claiming that most viewers only watch channels they already like, with the exception of raids on channels they already like.

He could be correct; Twitch announced a similar function based on channel points about a year ago, but it was never widely embraced. We’ll have to wait and see what happens.