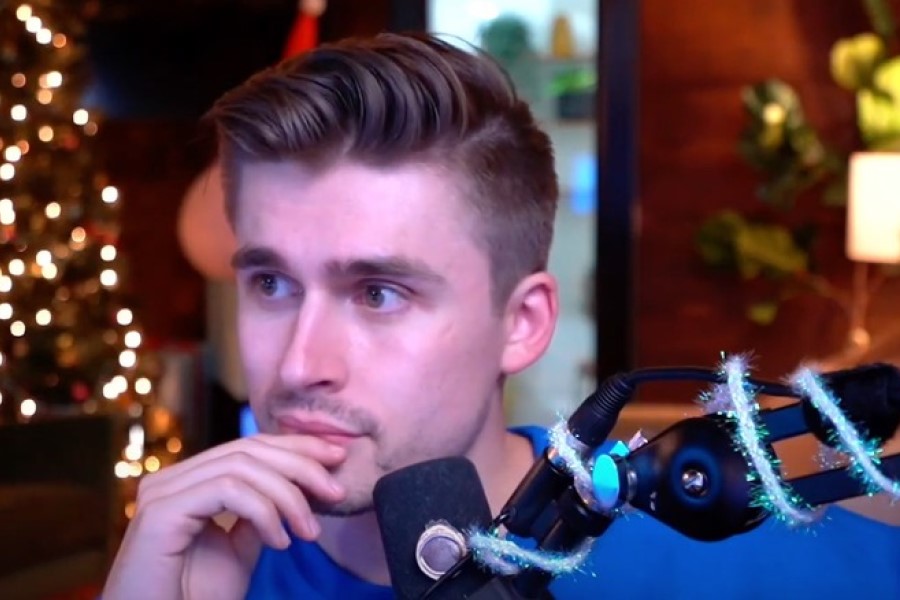 Gus Johnson is a YouTuber noted for his comic skits and collaborations with other YouTubers such as Eddy Burback, NakeyJakey, and others. Until September 2021, Johnson was dating Abelina Sabrina, a fellow content creator. Last October, Sabrina made a video on her channel about their relationship, but now, Ludwig has spoken up about Johnson’s behavior in response to a video about ‘canceled YouTubers.’

In a video titled ‘What happened to these canceled YouTubers?’, Ludwig discussed the “difficult” to watch video from Johnson’s former girlfriend. The streamer continued, “It basically talks about how she dealt with months or years of mental abuse and unsupportiveness from Gus Johnson.” Sabrina explains in the video how she needed surgery after an ectopic pregnancy and didn’t get enough help from Johnson. Ludwig took aim at his actions, as Johnson allegedly put off meeting Sabrina on the day of the surgery to have drinks with his friends: “That’s a small minute point, on an entire history of Gus doing f****** sh*t.”

After a hiatus from social media, Johnson returned to YouTube in January 2022. Ludwig said in the video, criticizing Johnson’s attitude, “Fellas if you’re in a relationship…the easiest t-ball of your relationship is carrying or bringing your partner to the hospital. It’s easier than picking a place to eat dinner with your partner…you have to make decisions…this ones a gimme,”

Johnson hasn’t added any new footage to his YouTube site, but he did respond to the allegations on Twitter. Sabrina responded to Gus’s reaction by declaring that she will not be “engaging” with the topic any further despite attempts to “correct the record” after “false” perceptions of past events were detailed.