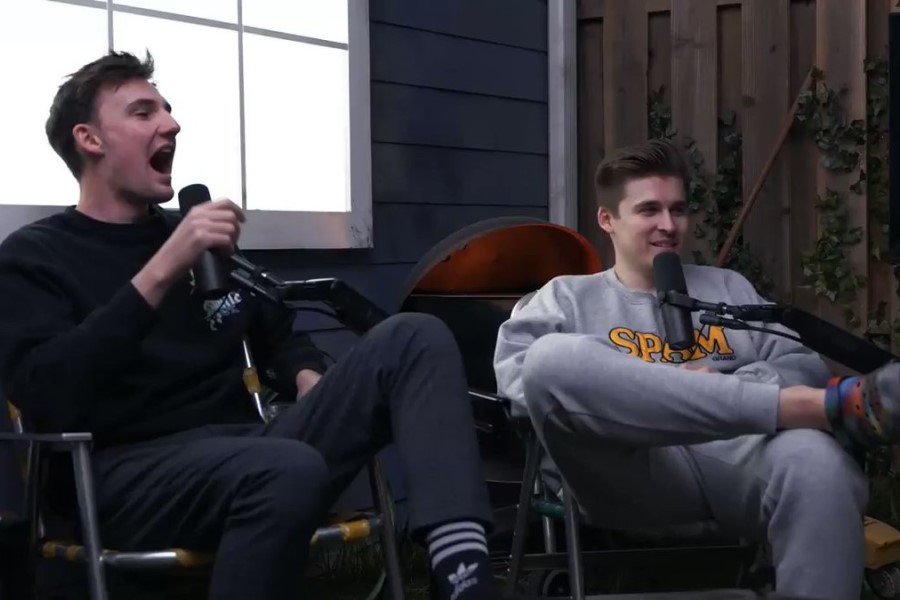 Ludwig, Slime, Aiden, and Falco, co-hosts of The Yard podcast, were mortified after smelling Amouranth’s $1,000 fart jars, which she had given them as a gift.

As Amouranth and Ludwig’s popularity grew over the years, so did their friendship. She’s even been a guest on The Yard podcast, where they’ve discussed a number of internet sensations. Amouranth announced her new business on February 28, selling fart jars and hot-tub water for hundreds of dollars each. She began delivering packages to her friends soon after, with Mizkif being one of the first to ‘test’ the product.

After smelling the premium-priced jars that Amouranth had given them, all four hosts of The Yard were disgusted. After talking about a variety of issues, Falco reveals that Slime had been resting his feet on “a box full of a grown woman’s farts” for the duration of the show.

Each host was given their own jar to sniff after they had summoned the courage. They all started gagging once they opened their respective jars and smelled the stuff, and Falco bolted from the scene. Ludwig exclaimed, gagging, “How does her a*s smell like that?”

“Dude… I believe her now,” Nick Falco mumbled after recovering from the odor.

They then proceeded to open a jar of hot tub water and a box from the creator, which contained branded ‘Cutie-Pa-TOOT-ies’ items.