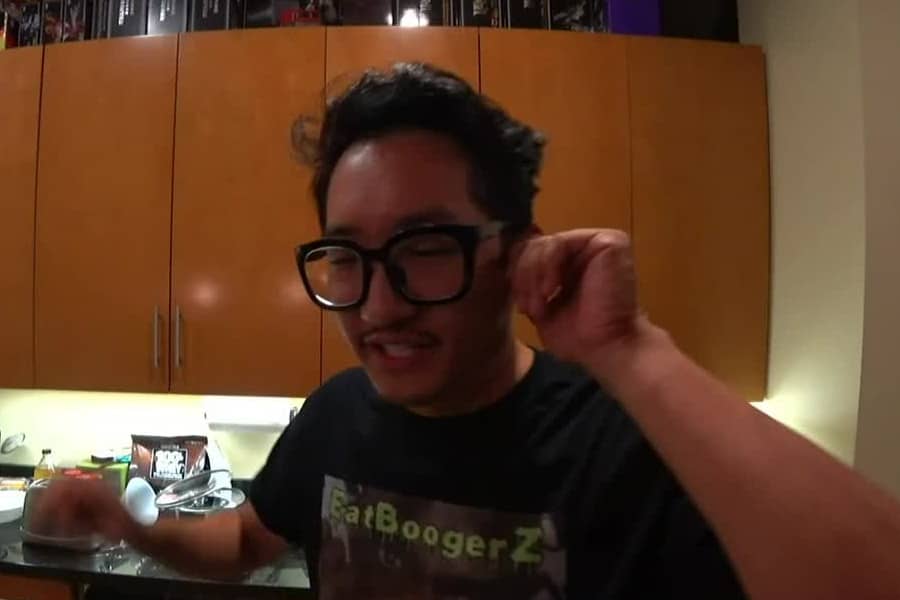 Twitch Streamer CookSux is well known for his streaming of IRL (In Real Life) content. Recently, while he was walking around and streaming Just Chatting on Twitch, he saw a dog that was chained to a tree in Gyeongsan, South Korea. At first, it looked like he was going to drink from a water bottle but when he saw the dog he decided to give the water bottle to the dog instead, thinking that the dog was hungry and thirsty.

He emptied the entire water bottle into the dog’s bowl but the dog didn’t want to drink. The dog turned over its bowl upside down, making the water splash into the ground. In short, the water just got wasted. The dog grabbed the whole bowl with its mouth, and carried it around like a brand new toy. Obviously the dog was feeling more playful than thirsty.

While CookSux just stared at his camera while holding the empty water bottle he shouted to his viewers, frustrated, saying; “You don’t know what to do with these dogs, you don’t know sh*it”. The clip of him feeding the dog received over 19,000 views on Twitch, more than double the amount of views than his original stream on Twitch.