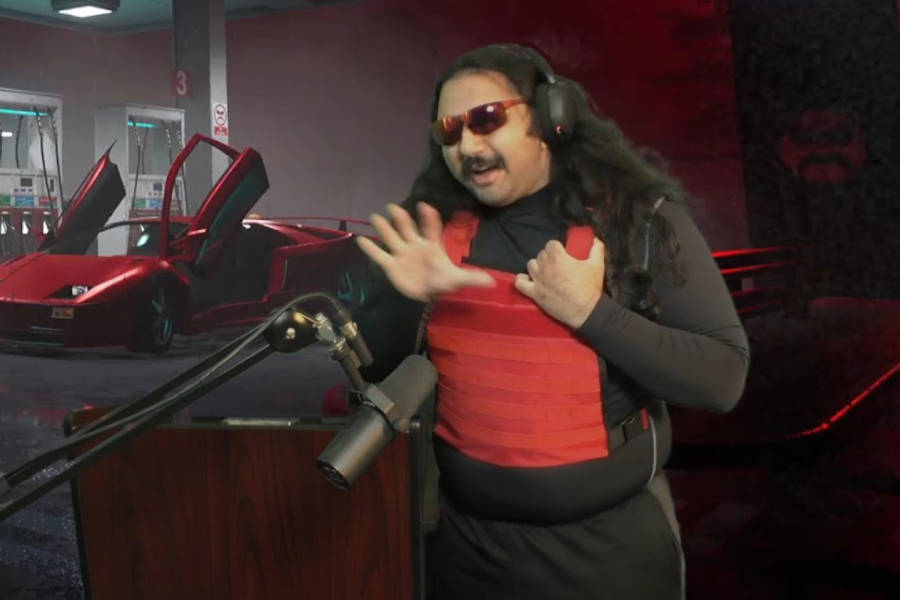 Twitch streamer and OTK member Esfand boldly dressed up as Guy “Dr Disrespect” Beahm IV in what has to be one of the best parody sessions ever done during a Halloween stream. Perhaps Esfand was inspired after seeing a Dr Disrespect impersonator at a tailgate in Texas in September.

While some fans fear being banned if their favorite Twitch streamer watches a Dr Disrespect video, there isn’t exactly a rule prohibiting dressing up as the two-time.

Dr Disrespect was banned from Twitch in June 2020, and he recently disclosed that he understands why he was banned and that he intends to sue.

In a Halloween stream, Esfand created an excellent parody of Dr Disrespect, first pacing in front of a Lamborghini and giving a motivational speech to the Champion’s Club: “Yes, I’m back on Twitch, baby! And we’re going straight back to the tippy tippy top, that’s what we’re doing!”

He then continued; “Look, I don’t care what these chubby cheek punk kids are saying. We’re coming back, okay? We defeated the purple snake. And nobody is going to stop me!” which is a reference to Dr Disrespect calling the Amazon-owned streaming platform a “purple snake”.

Esfand didn’t stop there; he went all out with a fantastic performance about Dr Disrespect’s suspension. One of Esfand’s friends remarked; “They sent me to tell you that you’re done. And not just on Twitch. When the story breaks you’re done, not just on Twitch…you know.”

The Twitch parody stream was fantastic, and the work put in to recreate the complete Dr Disrespect experience should not be ignored. Twitch, hopefully, will view this for what it is: a well-crafted joke.