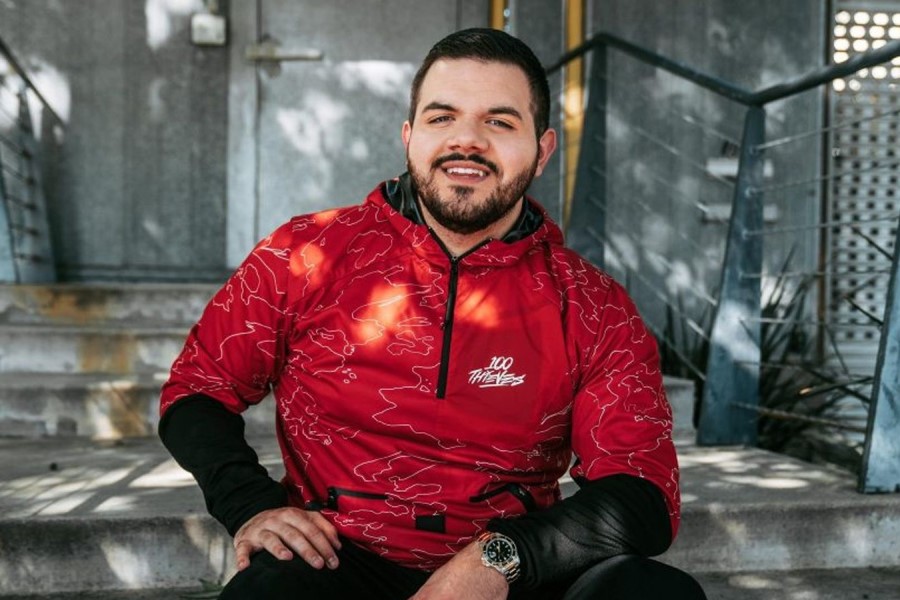 CouRage, co-owner of 100 Thieves, recently announced that his exclusive broadcasting arrangement with YouTube Gaming has been renewed.

Two of the reasons CouRage is sticking with YouTube are the platform’s wider selection of video content and possibility for expansion, according to him. He wants to keep diversifying the types of video content he produces across his several YouTube channels.

CouRage announced his choice to continue with YouTube in a video posted to Twitter. He stood in front of a red door, which stood for YouTube, and a purple door, which stood for Twitch. He laughed and used the camera to break the fourth wall. He said, walking through the YouTube door; “You guys thought I was going anywhere else?”

CouRage has previously stated his preference for YouTube Gaming over Twitch, so fans who have heard him critique Twitch will not be surprised. CouRage told xQc last month that he doesn’t miss Twitch, citing the platform’s lack of transparency on suspensions as one of the reasons.

Others, though, suggested that CouRage may be persuaded to join with a different platform if the contract was sufficiently lucrative. When the creator went into his Twitch account and put “test” in his own chat, some CouRage viewers assumed he had been enticed back to Twitch, but this turned out to be a red herring.

CouRage has been livestreaming on YouTube Gaming for the past two years, making him the first creative on the platform to sign an exclusive contract for live streaming. Other well-known creators have since joined him, including DrLupo, TimTheTatman, Valkyrae, and Dr Disrespect.

CouRage isn’t the only streamer to tease viewers with the possibility of a platform change. NICKMERCS of FaZe Clan teased fans last month before stating that his contract with Twitch had been extended.