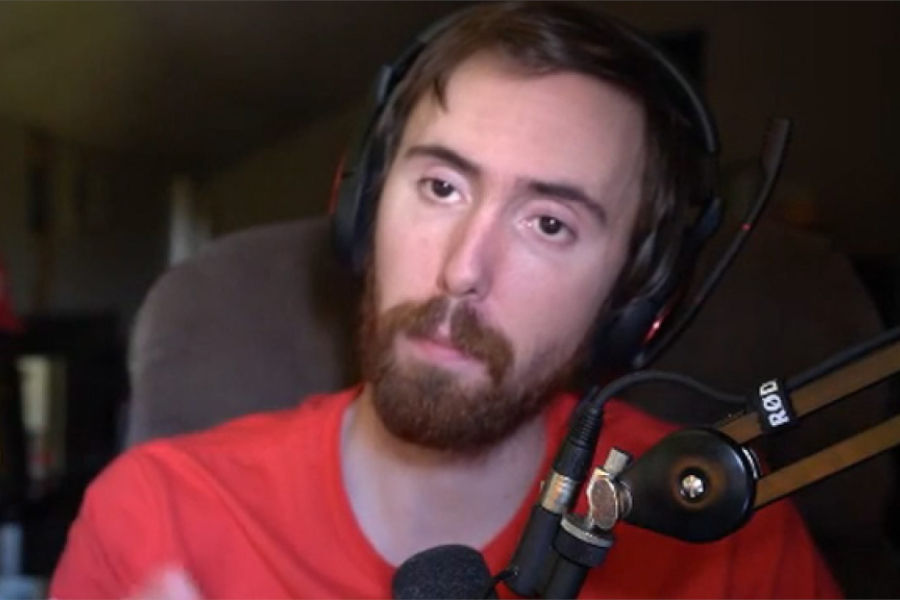 Well-known content creators and Twitch partner Asmongold has been for the better part of Twitch for a decade. However, he has been moved to take a break from streaming – and this comes at a time when his every word is being scrutinized.

Asmongold is a bit like marmite: you either like him or you don’t. For the majority of Twitch viewers, there isn’t much in the middle.

After one of Blizzard’s employees called Asmongold an “a**hole,” some have jumped on the “cancel Asmongold” bandwagon. Since the company’s earth-shattering lawsuit, which Asmongold has been incredibly vocal about, the hate has increased significantly.

So it’s no surprise that Asmongold decided to stop streaming in the wake of his meteoric rise in popularity and, with it, his rise in hate. Fans have missed his fun-filled Final Fantasy XIV Online streams due to “personal reasons” and a need to “recalibrate.”

But how did Asmongold come to be known as Twitch’s resident bad guy?

There was Asmongold, the Hero of Azeroth, before there was Final Fantasy XIV and Asmongold Bald, the Warrior of Light. His decision to focus on Square Enix’s MMO has left some long-time fans disappointed.

Despite his repeated statements that “I don’t want to quit the game,” “I don’t have any plans to quit the game,” OG WoW fans have been quick to criticize him for abandoning the franchise. But what’s the big deal about this? Why is Asmongold so unique among streamers who play a variety of games? That is why he has an opinion.

It’s been difficult for those who consider Azeroth to be a second home to watch the game deteriorate. It hurts to log in to quieter servers or read negative reviews on Twitter. But, at the end of the day, the streamer is just one of many players who are criticizing Blizzard for their actions. It’s just that he has 2.4 million Twitch followers while the rest of us don’t.

The cost of fame is astronomically high these days, and it is this fame that makes him the ideal scapegoat. When things go wrong, we all want someone or something to blame. But why is Asmongold regarded as the source of all World of Warcraft’s woes? Some people point the finger squarely at Asmongold when they talk about toxicity in the WoW community.

Sure, it’s abrasive, direct, and not exactly what you want to hear, but the intentions are good. They aren’t poisonous; their goal is to make Azeroth a better place for everyone. People can’t help a game grow if they don’t criticize it, which is why I believe WoW has remained so stagnant. My Twitter rants, on the other hand, do not reach millions of people. Asmongold does, and it simply allows more people to join, even if the majority of them have never watched one of his streams.

As much as I enjoy Asmongold’s FFXIV content, I particularly enjoy his Just Chatting segment. It demonstrates that there is a human being behind the camera.

Asmongold has repeatedly stated that he is “not a role model” throughout his Twitch career, but I disagree. He is a role model because he is just an ordinary guy who lives in an ordinary house and talks about ordinary human issues. He’s also not afraid to admit when he’s made a mistake.

We should all be proud to be a**holes if being an a**hole is just being honest. Having an opinion is not harmful; everyone is entitled to one.

Twitch’s bad guy isn’t Asmongold. He’s most likely one of the good guys. It’s been said that “nice guys finish last,” and it seems to be true. I do hope, however, that we will see him on our screens again soon.